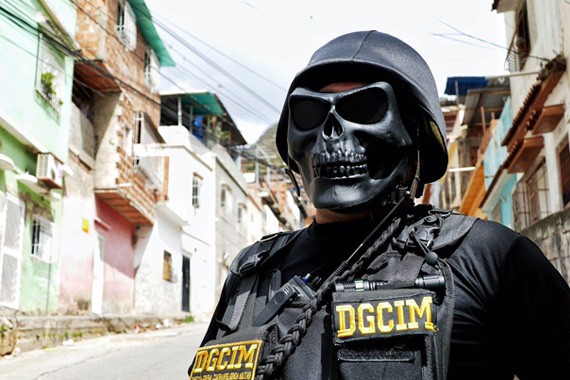 The two-time President of Peru, Alan García, committed suicide on 17 April by shooting himself in the head, dramatically bringing to an end the harassment campaign against him led by prosecutors and magistrates.

García was an important Peruvian political leader, head of the APRA party and former president, much admired by his peers in the region. He took his own life in a desperate act, much like a sacrifice on the altar of infamy for the political consciousness of his country and the region. My deepest respect to his memory and my condolences to his family, friends, colleagues and the Peruvian people.

But this situation of the «judicialisation of politics», or «lawfare», also happens in Argentina, with harassment by the judiciary against President Cristina Kirchner and her daughter, and the imprisonment of ex-minister Julio De Vido. It’s also present in Brazil, this time against President Dilma Rousseff and with the jailing and the absurd sentences dished out to President Lula Da Silva. And also in Ecuador, with the persecution and exile of President Correa, as well as the incarceration of Vice President Jorge Glas and the Minister of Foreign Affairs, Ricardo Patiño. What’s more, it’s rife in Venezuela, with the judicial harassment and forced exile of yours truly, as a former minister of President Chávez, the imprisonment of ex-minister General Miguel Rodríguez Torres, and the detention and death in custody of former minister Nelson Martínez, as well as the kidnapping-jailing of hundreds of workers from all over the country, such as PDVSA or Corpoelec employees, political leaders and officers of the National Bolivarian Armed Forces.

In all these cases, the characteristics are the same: the forces in power, whether they’re «Macristas», «Bolsonaristas», «Maduristas» or «Morenistas», use the law as an instrument for political persecution. A judicial system that acts in a biased way, like an extra arm of the forces in power. For example, the State Prosecutor abuses his powers, lashes out against left-wing political leaders, revolutionaries, or anyone posing a risk to the powers that be.

The argument is always the same: «corruption». A sweeping accusation, without evidence, fuelled or accompanied by a brutal smear campaign in the mass media or on so-called social networks, such as Twitter, and the entire industry of infamy.

The presidents, now acting as accusers and executioners, dish out sentences, condemn people, without even keeping up appearances, and suffer from the declaratory incontinence of he who knows no limits.

In our country, infamies are not a new thing. The Father of the Nation himself was the victim of the persecution of Páez, Santander, Flores and all those who saw him as an obstacle to their own plans for power. They took the Father of the Nation to the «brink of the grave», in Santa Marta, where, on his deathbed, he gave his last speech to the Colombian people, not without a hint of pain and sadness: «My enemies abused your credulity and violated what to me is most sacred – my reputation and my love of freedom. I have been the victim of my persecutors, who have brought me to the brink of the grave. I freely pardon them…»

We can also look back into the history of infamy across the world from the crucifixion of Jesus, colonialism, the Inquisition, the World Wars and Nazism to genocide and many other episodes of the degradation of the human condition and violence.

These outbursts of hate and the narrative of intolerance have always existed, but now, in our times, they’re hugely empowered by technology, by social media and the capability of enormous financial and media corporations to influence people, in a matter of seconds, on specific situations. They generate and manipulate political and social phenomena, and they create their own «truths» until they secure the annihilation of their opponents, whether they’re people, states or countries.

This is what we could call an Inquisition 2.0, because the new space for spreading intolerant speech, disparagement and hatred are social networks and media corporations, which have become new courts, with summary proceedings that always respond to the political stance of the interests they represent.

Venezuela, the country of fear.

Let’s look at how this Inquisition 2.0 works in Venezuela, the country of fear. Nicolás Maduro decides, together with his inner circle, to stamp out whoever he sees as his enemy or an obstacle to his own political plans; or because simply they’re trying to neutralise or destroy the political leaders, especially those who oppose him from the revolutionary field.

The aggression is preceded by an intense smear campaign on social media. The government, through a criminal use of state resources and economic operators, has received external support to build up an immense platform of bots and groups of Twitterers.

In each ministry, state agency, government body or city council, there’s an entire team of people dedicated to social media platforms. They receive instructions from the minister of manipulation and lies, or from any of the new «chiefs». They have a list of leaders who they have to attack, destroy and vilify. No matter who the targets are, these people are ordered to berate them, using the argument of corruption, insulting them and saturating the dregs of social media. They’re experts in the «dirty war» and open up «cans of worms» and «false positives», as the prelude to a threat or accusation by Maduro or Tarek William Saab, usually via the state TV and radio network, or any state event, even funerals. After that, there’s some sort of legal action, a raid or an arrest-kidnap by the security forces.

These Twitter groups, bots and «situation rooms» are able to manipulate social media, misinform people, confuse users or make something a trending topic. Lots of money from the Venezuelan State is poured into these operations and lots of people have made this a big business, charging in US dollars. This is a Twitter-led government.

In parallel, the print, audiovisual and digital media, acquired by the Madurismo movement through his henchmen, take on an editorial stance where they only reflect what Maduro wants, silencing and censoring his opponents. Some are more aggressive, as they’re more closely tied to the powers in force and their businesses, providing their spaces for the government representatives to tell blatant lies, insult or threaten their opponents on primetime programmes, without offering the constitutional right to reply.

As a consequence of Inquisition 2.0, direct action surges up on the ground. When Jorge Rodríguez reads out a list of the alleged members of a new «conspiratorial plan», whether it’s the «drone attack», Palomo’s «confession» or Roberto Marrero’s prolific phone number (ever so similar to Reyes’s computer), what follows is an action by the security forces, instilling panic among those mentioned and a feeling of fear.

When entertainment programmes (full of threats), with their hate-ridden «anchors», spew out a script of cowardly accusations and moral lynchings onto the victim, everyone knows that an aggression is coming up, unless you’re a banker or have some sort of business «up at the top».

When Tarek William Saab makes a statement without being able to contain his shortcomings, in a vain attempt to justify the excesses already committed against someone else, insulting or accusing-condemning the victim, you know that there’s nothing that can be done. An assault is about to come from the State Prosecutor and there’ll be no right to defence, a trial or any type of guarantee.

Maduro zooms in on his most bitter enemies. Then, when full of hatred he expresses his own miseries and his violence, abusing the powers of the State, attacking people and unleashing all the demons, everyone applauds. His staunchest followers act immediately and the victim has to be wiped off the face of the earth. Hatred has to be spread against everything that has been linked to the «fallen in disgrace». The victim is thrown out of the PSUV; he’s degraded from the FANB; he’s erased from photos; betrayals and infamies are enforced; he’s taken away from even the most loyal compatriot; the relationship is ignored or denied; shared positions are thwarted; fear prevails and human quality is degraded. It’s better to applaud than to think.

The desired effect of these operations is nothing less than to divide and demobilise the people; imposing silence, indifference, individualism; forcing people out of their companies, their institutions, their homes and the Fatherland. What they want is to create an atmosphere of fear and of crippling terror. The only thing in which Madurismo has been effective has been instilling fear throughout society.

The government has instilled the Orwellian world of 1984 into the general psyche, the ever-feared «Room 101, the Ministry of Love», where the victim is taken to the extreme of betraying the ultimate human bonds; in our case, previous relations, partnerships, friendships or political principles, until the people bow down to «whatever Maduro says». This has been achieved through the extreme use of violence. Let’s have a look at some of these iconic events, or which have already become common practices of political violence by the State, which are also serious violations of Human Rights: