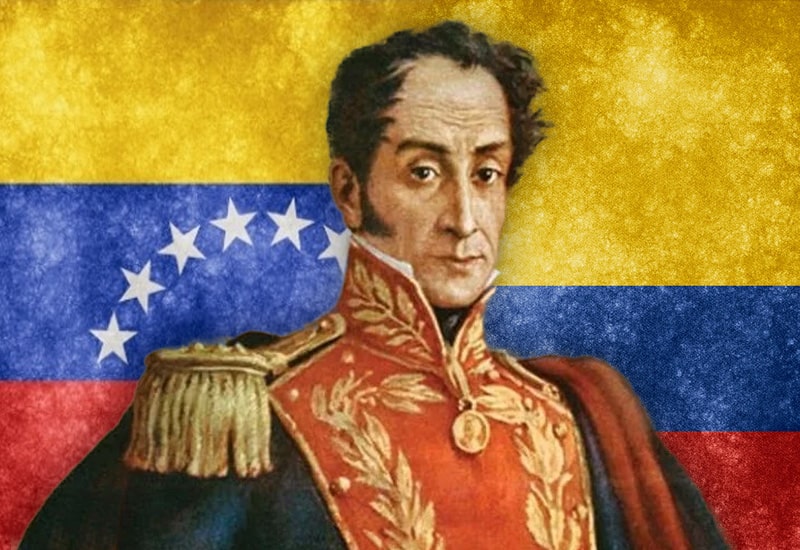 Maduro and Guaidó are irresponsibly after war with Colombia

The economic crisis has ruined the country and brought the people to the point of despair. In tts thunderous mismanagement of the economy, the exchange rate has surpassed the barrier of 20,000 Bs/dollar, the minimum wage is 2.2 dollars/month, i.e. a daily income of 0.07 dollars, well below the 2 dollars/day established by the UN poverty line. The cost of food skyrocketed to unattainable levels; one carton of eggs, one kilo of meat, flour, coffee or pasta exceeds the minimum wage several times. 6.8 million Venezuelans suffer from hunger according to the latest Food and Agriculture Organization (FAO) report. There is no electricity, gasoline, gas, water or transportation. People are suffering: since 2014, 4 million Venezuelans have left the country, according to the UNHCR.

The homeland is broken, nothing works. PDVSA is paralyzed, businesses are closed, internal production is paralyzed, while madurismo hands out our oil and gas to international oil corporations while they steal the gold extracted at great ecological expense from the protected rainforest of the Amazons. Human rights regularly are violated, as denounced by the Office of the United Nations High Commissioner for Human Rights: there are hundreds of political prisoners, people are dying under torture, there is no rule of law or respect for our Constitution. The country is immersed in a serious economic, social, moral and political crisis.

Maduro has led the worst government in our Republican history. A year after the government’s last bombastic “plan for recovery, growth and economic prosperity”, it is clear that its fundamental purpose was to advance a radical economic adjustment plan against the people. Its effects have been devastating. This must be repeated a thousand times and explained to the country and the world, because while the harsh reality hits our people every day, the government elite cynically and irresponsibly declares that “we are in full economic recovery“.

The government has resorted to all kinds of clumsy “tricks” in order to bail out and stay in power. They care little about the damage they have done to the country. They insist on desperately clinging in to power, since for them, it is a matter of survival. They have maneuvered in all imaginable ways to hide and evade their responsibility in the chaos and despair they have brought into the country. They have made of lies and cynicism a political category in itself. But these trickery is not working for them anymore, everything is falling from bad to worse and the people are not stupid.

But now the government is resorting to a much more dangerous and definitive course of action, they are looking for war. Maduro has decreed that our armed forces stand under “orange alert”, that nobody really knows what it is about, not even the government itself. They mobilize their troops, threaten Colombia with their Russian weaponry, without any regards on how dangerous their bravado and threats are taken when they come directly from the head of State.

This is not the first time that ¨madurismo¨ has used threats and warlike discourse against Colombia. Every time there is a situation of political tension, or the economic crisis worsens, Maduro resorts to the threat of war, movilizes missiles, brags about his military power.

The attitude of Maduro and his inner circle of power is very similar to that of General Noriega in Panama, when he wielded a machete to challenge American troops, swearing to die defending his homeland. He wielded his machete so much, until the U.S. invaded Panama, infamously bombing of the Chorrillos neighborhood in Panama City, murdering young Panamanians and then the pathetic images of Noriega taking refuge at the Vatican Embassy, from where he finally left, surrendered by the strident music and psychological warfare directed at the embassy by the invading troops.

The use of war by authoritarian regimes to deflect from serious internal crisis is not new. History shows how the military junta in Argentina decided to recover militarily Las Malvinas, or Peru’s Fujimori provoked a military incident on the border with Ecuador, looking to oxygenate their regimes. They bring the sufferings of war to the people on behalf of their subaltern group interest.

Of course, the Colombian oligarchy would gladly go to war against Venezuela. Broad sectors of the Colombian military and political establishment are in favor of getting involved in an armed conflict against our country. In addition, they would surely count on the decisive and massive support of the North American troops stationed in their territory. Finally they would be giving mean to their Plan Colombia.

Maduro, in his infinite irresponsibility, doesn’t realize, or doesn’t care about the fact that the enemies of the country are waiting for any situation that justifies a military intervention. Maduro is handing them the perfect excuse for all the demons of war and violence to be leashed upon us. He seems not to understand that we would be made a clamp between Colombia and Brazil with American support and any number of paramilitary forces that have cantoned along the entire border, precisely to give life to the hypothesis of Plan Colombia of a conflict with our country.

Maduro’s discourse is also full of boastful bravado: “look how machos we are”, “I am not afraid of you”, “take this straw off my shoulder”. It seems more like he’s in a street fight than leading a country. It’s hard to understand so much imprudence and clumsiness, so much irresponsibility from a Head of State. How contrasting with Comandante Chávez!

I remember clearly the position of President Chavez against the possibility of a war with Colombia. We were not going to let anyone run us over, or violate our sovereignty, but neither were we going to incite or provoke a conflict. On the President’s instructions, I was directly involved in the acquisition of Russian military material and equipment for our country between 2006-2007. This was defensive equipment for our military in case of attack against our homeland. We did not want to attack anyone. On the contrary, it was a matter of discouraging, as was successfully done, Uribism and the militarist sectors of Colombia, of any military adventure against us. In the end, as President Chavez said in response to a statement Uribe gave saying that he “lacked time” to bomb Venezuela, the Commander assured that what he lacked were “cojones”.

Our country acquired high-tech military capabilities and equipment to equate us with any military power in the region, to neutralize or successfully confront any aggression against us. But that equipment was never used to threaten, nor to show off, nor to concentrate it provocatively on the border, nor, much less, for a congressman or madurista politician to declare that with it “we will sweep off Bogotá”.

The resumption of war in Colombia, the rearming of FARC, is regrettable. But it is also the consequence of the failure to comply with the Peace Accords signed in 2016. When we were at the UN Security Council, we approved a UN Political Mission to follow up and accompany the commitments made between the parties. We warned then of the fragility of the agreements, if the root causes of the over 50 year old conflict in Colombia were not resolved. To achieve success, violence against peasants and the appropriation of their lands by landowners, as one of the triggering factors, had to be eradicated, as well as the paramilitary forces and drug trafficking as a disturbing element of peace. Hopefully, the announcement of the resumption of war by sectors of the FARC will not be the beginning of another bloody cycle of violence for the Colombian people.

The pronouncements made by the Maduro regime in this regard, involve us unnecessarily in Colombia’s internal situation and allows the Uribism and warmonger sectors of Colombian society to involve the Venezuelan government in the decisions taken by Colombian armed groups, thus renewing the perception about the presence of guerrilla camps hosted by our country, and, therefore, the possibility of military actions by Colombia, which would undoubtedly give rise to a military confrontation between the two countries. For this reason, opposition leader Guaidó hastened to publicly incite a “military operation” for the dislodging of the “terrorist groups” operating from Venezuela, practically inviting for a military incursion against our country.

All political sectors of the country must dissociate themselves from any position in favor of war with Colombia, or of an aggression or military intervention against Venezuela. Maduro and Guaidó both play irresponsibly to the possibility of war, while the Venezuelans, desperate, try to look for a way out of the anguishing economic situation. Since they can not successfully tackle the dare economic situation in our country, they resort to excite the flames of an armed conflict against Colombia and this week also against Guyana.

Maduro did nothing, neither as chancellor, nor as president to prevent Guyana’s advance in the claim, nor to evict Exxon Mobil from our disputed waters. On the contrary, the government tried to negotiate secretly with the transnational oil company, and after the door was slammed in the Chancellor’s face, they kept silent, they did nothing. But the opposition, so prone to nationalistic chest beats, did not say anything about it either, choosing instead to remain silent before this outrageous situation. Now they are trying to use it to gain indulgence with the transnational powers at the expense of our sovereignty. The only ones who have said and complained about what is happening in the Esequibo have been us, both from my position as oil ministry and now from my political exile. Unfortunately, no one listens.

We need a Head of State, a President, with the authority and capacity to lead our country properly, defend our sovereignty and territorial integrity, and prevent us from the horrors of war.

We Bolivarians have no reason to go to war against the Colombian people. We are sons of Bolívar. The dead are not going to come from Maduro, Duque, or Guaido’s children. If there is a military aggression against our country, of course we must stand up in defense of our homeland, but under the leadership of a true Commander in Chief. It will not be under Maduro nor Guaidó that we will be able to sort out a situation of war with Colombia, which would unleash even more hell on our suffering people.

Among our people and our Bolivarian National Armed Force, courage and patriotic love is abound, there is no doubt about that. But war is a last and extreme resource: you can’t play with it, you can’t stimulate it in any way. We cannot allow it. We must warn and prevent Maduro’s irresponsibilities and interests lead us to a military confrontation with Colombia only to distract the people from its current situation; playing thus into the hands of the Colombian and North American extreme right who are lurking, waiting for the opportunity for a military aggression. We cannot allow Guaidó to take advantage of the tension with Colombia to cry out for war and a military intervention against the country, which he supposes will bring him to power, even over the corpse of the Venezuelan soldiers.

We, the patriotic sectors of both countries, brother peoples as we are, must raise our voice against war, meet in a Conference for Peace in favor of the brotherhood and fraternity of both peoples. As Bolivarians we should always remember that “The Homeland is the Americas”.