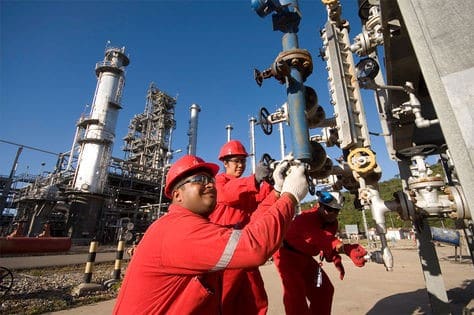 The blackout happened, the lies continue, and privatization is coming

The consequences of the blackout were terrible for the country; the affectation of its citizens, the lack of essential public services, the individual tragedies, and the great collective tragedy: a country alone in its circumstances.

As we mentioned in my article blackout, the collapse of the electric system is just one more episode in a series of far-reaching failures in the country: PDVSA, the economy, water, transportation, health, food, institutions, and sovereignty. Everything is in chaos. The country is dysfunctional.

The government insists on its cynical, cruel practice of ignoring the problems of its citizens by lying again and again, and simply postponing the inevitable until another tragedy or crisis covers up the previous one. This is how the disaster is unfolding day after day, like a hurricane destroying everything in its path and leaving the country in ruins.

They used the blackout to justify more control, to create more fear and restlessness, to tell more lies, and to distract everyone’s attention with new stories of enemies, sabotage, corruption and attacks. Instead of dealing with the emergency, the country was left alone, nobody came to help and everyone was left to their own fate. And now, it’s as though it were all in the past. No explanation of the consequences, the damages, the hospitals, the deaths.

Extreme media manipulation means that the government is now saying that the “victory builder” has obtained not one but “five more victories”, including the carnivals. The propaganda from the ministry of lies even says that the people are “happy” looking for water where they can with casks on their shoulders because the “blue tanks” are on the horizon.

Meanwhile, the indolence, the sheer nerve and complete lack of respect for a patient country just trying to survive continues to feed the discourse of hatred, revenge and vendetta. Not only from the preferred space of dissociation: social networks, Twitter, but from the highest spheres of power, the National Assembly, the Prosecutor’s Office, and the government. It seems, rather, that they want to take advantage of the blackout and the desperation of the population as an opportunity for more of their lies, inoculating their hatred.

From the National Assembly, crooked supporters of madurismo in the opposition seek to divert the attention and responsibility of Maduro in the electricity collapse by accusing and offending; cowardly lynching the government of President Chavez, as always.

The sad Prosecutor, in his attempts to justify the murder in custody of engineer Angel Saquera, or his alarming silence in the face of this disaster because, “he investigates what he wants”, never misses an opportunity to insist on accusing, disparaging and offending those who are victims of their sick cruelty.

For his part, Maduro, in his words to the country, boasts a cynicism and a shocking yet worrying irresponsibility; he tries to argue his thesis of a sabotage with the “most advanced technology”, but has not been able to show any evidence of this or of any incursion into our national territory.

Meanwhile, workers in the electricity sector unions deny this, and Corpoelec engineers and sector specialists have provided technical reasons as to why this is not possible.

What’s more, no one in the government has explained how this alleged sabotage of the Guri has been retroactive to a large part of the country, to Zulia and the Andean states, which have had rationing and ongoing blackouts for years. Why didn’t the huge number of operational thermoelectric plants that were delivered to Corpoelec, PDVSA, and Empresas Basicas enter the system? Why didn’t the power plants at hospitals, airports, drinking water pumping systems, etc. work? I think the sabotage theory fell somewhat short.

While madurismo puts on a show for Twitter as if it weren’t a government, or maybe because he really believes that this country is stupid, transnational interests look on and it is in their interest that Maduro advances his disaster; they see a dead man walking, an extremely weak country, and a demobilized population. Checkmates abound on the control board, they don’t care that their own pieces are crushed day after day. They know that with Maduro in Miraflores, they will end up in checkmate; it’s simply a matter of time.

I believe this is the role of those of us that have more information and experience: stripping, unmasking this hoax and speaking out about how the government has been handing over the pillars of our homeland, one by one, handing over our future. Speaking out, creating awareness, rising up and fighting to build a patriotic alternative to stop this disaster; this should be the most important task of any leader, revolutionary, or Bolivarian who loves his country and who is not willing to keep their mouth shut in exchange for a position or some subordinate interest. What is at stake is the future of our people and its viability as a sovereign, independent country, capable of guaranteeing the best government and the greatest possible amount of happiness for our people.

While the government continues to hand over the assets and resources of the country in a desperate manner, the most reactionary sectors of the opposition are putting together, behind the people’s backs, a privatizing and surrendering package, synthesized in a plan which was written and conceived abroad and that is far from being “a country plan”. First of all, this cannot be the country’s plan, nor that of the transition; it is rather the plan of a political bias taking advantage of Maduro’s misrule and chaos; taking the reigns, even within the opposition itself, to impose his vision of the future on the rest of the country. A vision that was already defeated in 1999 and that is neither sustainable nor politically viable.

These sectors intend, as a prelude to their plan, to pass a new law for the hydrocarbons sector in the National Assembly, where basically the policy of Full Oil Sovereignty is dismantled and state ownership of oil and gas, and their reserves, is violated. Ownership and reserves that, by the way, have been valid in the country since Liberator Simon Bolivar’s Lima decree of 1827 and that is contained in all the Constitutions of our Republican life.

Full Oil Sovereignty must be a national policy because it is a means by which the ownership and control in the exploitation of our oil, alone or with joint ventures, can be preserved; the only strategic resource that can pull us out of this deep crisis and rebuild our homeland. Preserving Petroleos de Venezuela, not as an empty shell or a contract administrator, but as an operational, vibrant, and strong entity owned by the Venezuelan State is the only sovereign means we will have to extract oil and put it at the service of the Venezuelan people within the framework of our Constitution, laws and jurisdictional sovereignty.

The fact that the Maduro government has destroyed PDVSA does not mean that we are going to hand it over now. PDVSA is a powerful company which in 2013 closed with an average production of 3 million barrels per day, of which it exported 2.5 million barrels per day with revenues of 134 billion dollars. It is a company with an equity of 84,500 million dollars and assets of 231 billion dollars; the fifth largest oil company in the world! This is how things are and now this government has it up on bricks with no battery, no driver and in pieces because they want to sell it as scrap metal. But this is not so; what we have to do is fix it, love it, tune it up again and run it well. We are standing on 316 billion barrels of oil, the largest reserves on the planet.

Of course, the attack against PDVSA has been brutal: the loss of prestige and the entire campaign to tarnish its business and operational prestige, the departure of more than 30,000 technicians and engineers; the erroneous, irresponsible management and years of successive, improvised boards of directors, unaware of operations and the international oil business, as well as the political and judicial persecution of which its directors, managers and workers have been victims, has ended up collapsing our company, which today barely reaches 900,000 barrels per day and has no operational capabilities. PDVSA has always been the flagship of the country and such irresponsibility has opened a vast hollow and made it run aground, but that doesn’t mean we’re going to abandon ship; the only thing left to do is recover it, and what’s more, it can be recovered. They have campaigned ruthlessly to convince the country that PDVSA can’t be saved or recovered. They lie and they do it because they’re sharing out the spoils. They want to privatize it.

What’s more, oil is not only a natural, strategic resource but is also the only source of income that will allow us to rebuild the country. Our Full Oil Sovereignty and our tax regime of 33.3% royalties and 50% oil taxes was what allowed us to obtain oil revenues of 496 billion dollars, allowing the national economy to grow steadily since 2004 and use this income for the people, social development, and good living.

Handing over oil is like handing over the Orinoco, our Caribbean Sea, or Esequibo. It is the sap of the homeland, it is part of our sovereignty, it is in our subsoil, it belongs to no one else but the Venezuelan people and must be used for their benefit.

Don’t get me wrong, without oil, without PDVSA, there will be no possible homeland, there will be no future for anyone. We will not be anything, we will not be able to. Oil is our only chance, we will need all the oil resources we can get to rebuild the country, to rebuild our future. The workers are there, we have the knowledge, and the resources are in the subsoil right below the surface. We need leadership, political commitment, courage, honesty, technical capacity, work, knowledge and, above all, to love our country.

We will not let them take away our oil, nor finish off PDVSA. We will not let them hand over the future of our country. A people’s uprising and a wide discussion of the oil issue is urgently required. Do not let, in the midst of the clamour of daily life, disaster and chaos continue to dismember our homeland. Not only will we not allow it, but the de facto privatization of PDVSA by Maduro and the handing over of oil from that country plan will be unsustainable. Sooner or later, the country, the patriotic forces, will reclaim what belongs to the whole country. A Patriotic Civic-Military Government Junta is not only necessary, but is urgent before they continue to destroy our Homeland.