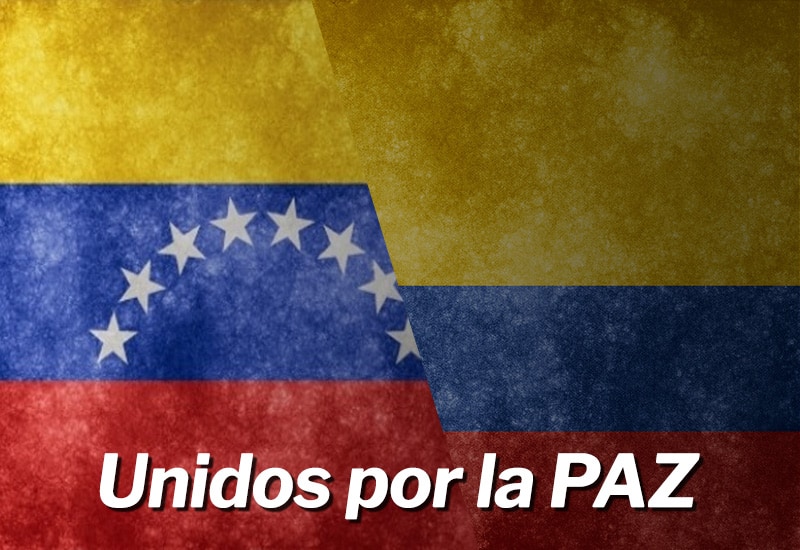 Maduro started his war games with great propaganda display and threatening out of tune statements. SECODENA, the National Security Council, is summoned to practically declare an imminent Colombian military action against the country. The political spokesmen of Madurismo, who are supposed to be authorized to talk about this delicate subject, say barbarities: «we will sweep them in seconds», «we will plant our flag in Colombia, Aruba, Curacao»; another high leader of the group of five who manage the country, threatens the opposition and promises that «we are going to screw them».

The Colombian extreme right, Uribe, Duque, the paramilitaries and the U.S. Southern Command do not come out of their astonishment: they are going to see their dream of a violent solution in Venezuela come true. At last they will give free rein to their “Plan Colombia and their preparations of years to seek a military confrontation against our country. The Colombian government, without much fuss, already has its troops on alert: their military are ready, well equipped and trained in real combat, in more than 50 years of internal war.

Already the United States, through Elliot Abrams, has clearly stated its position on the matter: «if there is an attack on the border, we will support Colombia”. On the other hand, the Venezuelan extreme right opposition demand the activation of the Inter American Treaty of Reciprocal Assistance (ITRA), previously approved, illegally and irresponsibly, by the deputies of what remains of the National Assembly.

The self-proclaimed Guaidó and his henchmen cry out for military intervention, invoke the presence of «terrorist groups», their spokespersons cry out for anything to be activated: ITRA, OAS, NATO, whatever, they remain careless about the destiny of our people, they only want power.

Is it that nobody in the government realizes, in their arrogance and desperation, that they are going to open the hell’s door to our people; that they are giving the perfect excuse for all the foreign military and paramilitary forces to enter our country; a military intervention where Colombia, the United States and Brazil will act jointly? Don’t they realize that Maduro’s warmonger discourse and his military exercises with the promise to “raze” Bogota, places our country as the aggressor.  This will allow the international community, especially in our region with the Lima Group, to activate any diplomatic initiative to intervene. Is that why they activate the ITRA?

Does the government believe that it will be a limited military action, a war game that they will later be able to stop? Their game along our common border, plagued by paramilitaries and insurgent groups, risks that any small incident can trigger military action that can easily escalate.

Maduro  and the military elite seem detached from reality. Who is going to go to war with such a «commander in chief”? Neither Maduro nor anyone else in his entourage has the capacity or the leadership to successfully confront a war scenario, the worst possible in our country. With what popular support, economic power, general capacities will the government face this hypothetical scenario?

If they have destroyed the economy, there is no food, no medicine; if 4.3 million Venezuelans have left the country and PDVSA cannot sustain the income required for a war effort, if there is not even fuel, gasoline, diesel, gas, electricity, water, transportation, or communications; if it is not possible to travel from one end of the territory to the other; if we are in this chaos of demoralization and national demobilization, are they going to ask us to go to war now? Are young Venezuelans going to die on the battlefield for Maduro?

No. The calls to war with Colombia, Maduro’s war games as well as Guaidó’s cries for intervention are foolish and irresponsible. They prefer to burn the country before stepping aside and allow a Patriotic Board of Government to assume the leadership of the Homeland to strengthen it, to re-establish its national unity, its collective functioning, its spirit and homeland strength, its values and capabilities.

Together we, the Chavistas, patriots, Bolivarians, the honest, those who love their homeland, those who oppose Maduro and are willing to put aside hatred and intolerance in favor of the future of our country; we have to say NO to war, neither  against Colombia, nor against any people. Our Bolivarian Military Doctrine does not contemplate war of aggression. War is the last resource to defend the Homeland. The arms of the Republic must guarantee our sovereignty, territorial integrity, our Constitution and social system. The arms of the Republic, our soldiers, must not be used for any adventure, neither to threaten another country, nor to perpetuate in power or put in charge anyone who attempts against the constitutional order, or the supreme interests of the Homeland.

The military high command has in its hands the highest responsibility to avoid being used to attack another country, or to subjugate our people. On the contrary, they must be guarantors of our constitutional precepts.

Soldiers of the Homeland, officers and troops, to you my words: Sovereignty resides in the people and you must guarantee that the people, subject of our history, can decide their own destiny, the future of the Homeland. Do not allow the fakers, on one side or the other, neither Maduro nor Guaidó, to manipulate you to go to war against our Colombian brothers.

The former presidents, popular and progressive leaders in Colombia have to raise their voices against the war. Denounce the true intentions of Uribe and Duque, who have lent their territory for provocations of all kinds and are eager to drag the Colombian people into a war of great proportions against the Venezuelan people. Leaders like Santos, Samper, Gustavo Petro and many others must speak out and mobilize in favor of peace.

The Colombian leadership has the highest responsibility in returning to the path of Peace and the commitments reached by the Santos government with the FARC, as captured in the Peace Agreement signed in 2016. It must be demanded that the agreements be complied with: that the assassination of popular leaders, peasants and ex-fighters of the FARC cease immediately. That the war not be reinstated in the daily life and psyche of Colombian society, and to avoid that the Colombian extreme right drags its country into a war with Venezuela.

We should constitute a Peace Committee between Colombia and Venezuela in which all of us who love our peoples and see ourselves as brothers and sisters, sons of Bolívar, participate.

The United Nations must be attentive and follow up on the situation.  Secretary General Antonio Guterres and the Security Council should pay attention to this situation, the first in many years, which really endangers peace and security in the region. The principles enshrined in the Charter of the United Nations should be followed; countries Sovereignty should be respected, foreign interference in domestic matters and war between peoples should be avoided.

If due the irresponsible ways of these fakers our homeland is attacked and the foreign boot pierces our homeland soil, we will have to defend it and expel the invader, but that will not be under any of these two «commanders in chief»: neither Maduro , nor the self-proclaimed Guaidó.

We must re-establish the Constitution, and call for a Patriotic Board of Government, capable of leading the whole country, not one half or the other, but the country as a wholw. Under the current circumstance, where the homeland, weakened as never before, is threatened by internal and external factors, we must let the people have their say. No to war!