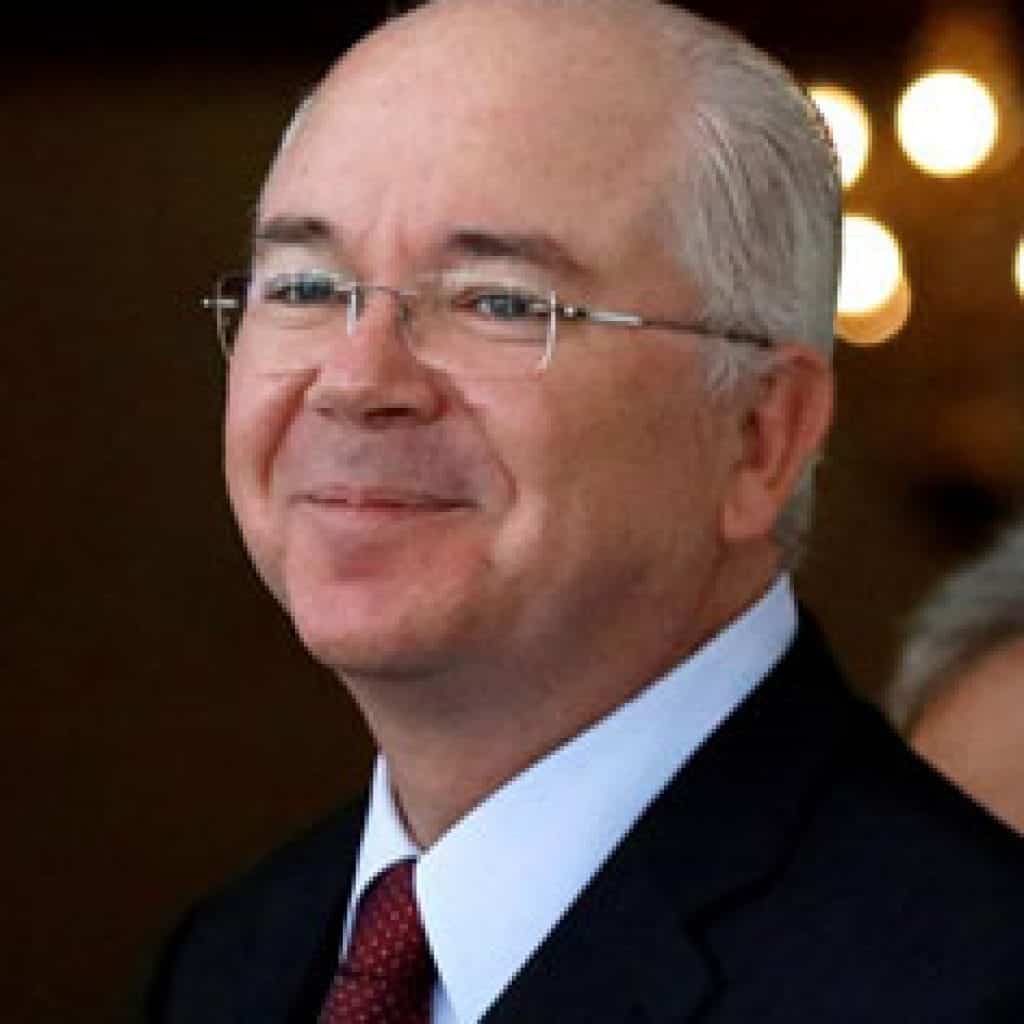 Ambassador Rafael Ramírez is a Mechanical Engineer from the Universidad de Los Andes, with a Master Degree in Energy from the Universidad Central de Venezuela. He developed a professional career in the oil sector, which is of main importance to Venezuela. His outstanding professionalism and dedication was noted by the then President Hugo Chávez Frías, during whose tenure, Ambassador Ramírez occupied positions of great relevance in the country. Ambassador Ramírez started work for Petróleos de Venezuela, PDVSA, the State Nacional Oil Company, one of the worldwide biggest in the sector, and also worked in the private companies which appointed him to different duties in the United States and France for the development of projects for the oil industry. In the year 2000, he was appointed founding Chairman of the Venezuelan National Gas Agency (ENAGAS), the national regulatory body that was set up to be responsible for establishing the national plan for natural gas production and distribution.

Afterwards, he was appointed Venezuelan Minister for Energy and Petroleum (2002-2013), a position he continuously held for 12 years. During this time, he was responsible for leading the process of nationalization of the country’s oil sector and co-drafting the respective law. He was in charge for renegotiating of all the transnational companies contracts to adjust these companies to the new oil legal framework. It was an unprecedent process where he was reached successfully 31 of the 33 companies involved. Also, during this period, he was responsible for adjusting the new oil tax regime to the framework of the law. At the same time, he was Chairman and CEO of the State National Oil Company, Petróleos de Venezuela, PDVSA (2004-2013). During his tenure as Minister of Oil, he represented Venezuela in over 30 Conferences at the Organization of Oil Exporting Countries (OPEC), the International Energy Forum, and the Forum of Gas Exporting Countries. He organized the OPEC extraordinary Summit in 2005 in Caracas, also, he attended the OPEP Head of State Summit in XXX in Ryad. Ambassador Ramírez was also the founding President of the cooperation energy alliance PETROCARIBE, and coordinator of the Group of Ministers of Energy in the drafting of the energy treaty within the framework of UNASUR. During his tenure in the President Chávez period, he was responsible of many bilateral agreements of energy cooperation with Russia, China, Japan, Colombia, Uruguay, Ecuador, Cuba, Brazil, Argentina, Bolivia and many other countries around the word. Furthermore, he served as Vice-president of the Council of Ministers for Territorial Development and Vice-President for the Economic Sector of Venezuela. In 2014, he was appointed Minister of Foreign Affairs until December of that year, because he was reappointed to shoulder the post of Permanent Representative of Venezuela to the United Nations, specifically to assume after 30 years, the country’s membership as non-permanent member of the UN Security Council (2015-2016), presiding the main body of the organization in February 2016. During this period, he focused on strengthening the role of Venezuela not only at the Security Council but in the multilateral organization as a whole, being elected as well for two consecutive periods as Chairman of the Special Committee on the Situation with regard to the Implementation of the Declaration on the Granting of dependence to Colonial Countries and Peoples (C-24), focusing on defending the rights of the Non- Self-Governing Territories. Finally, in 2017 he was President elected by the United Nations General Assembly to attend the Fourth Commission, in charge of Peace Keeping Operations, Decolonization Process, Palestine Situation, and others, of the 72nd period of Session of the United Nations.

Nowadays, Ambassador Rafael Ramírez is a very well-known writer and his articles in politics, international and oil matters are having internal and worldwide influence. He is also working as a consultant in the matters of his knowledge.

Ambassador Ramírez has been married for 30 years and has two sons.