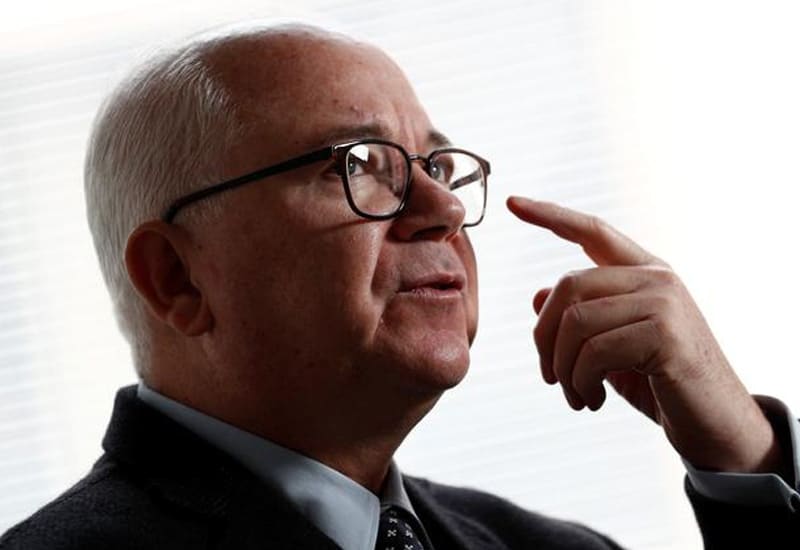 (Reuters) – Venezuelan state company PDVSA is letting some joint venture partners take over the day-to-day operation of oilfields as its own capacity dwindles due to sanctions and a lack of cash and staff, according to a former oil minister, an opposition lawmaker and industry sources.

Crude production by PDVSA and its joint ventures has fallen to about a third of its peak 20 years ago. The steepest fall has occurred since military officials with no oil industry experience took over PDVSA’s management in late 2017 and Washington imposed sanctions on the state-run company in early 2019 in a bid to oust socialist President Nicolas Maduro.

Maduro’s government and the opposition last year discussed allowing partners in PDVSA-led joint ventures to operate the oilfields, which would reverse a legal requirement that PDVSA control the operations.

That could give Maduro more breathing room by encouraging fresh investment in PDVSA’s operations, potentially boosting oil revenues. However, it would be controversial after late President Hugo Chavez, an iconic figure to many Venezuelans, made nationalization a flagship policy.

Rafael Ramirez, a former oil minister and PDVSA president who left office after clashing with Maduro in 2014, said the company had already effectively handed control to joint venture partners even though an agreement had not yet been formally reached.

Ramirez, an adviser to some international energy firms that have recently worked in Venezuela, said PDVSA had been reduced to little more than an administrator of contracts with oil companies.

«PDVSA is no longer producing. It’s signing contracts for others to produce in a de facto privatization,» Ramirez told Reuters during an interview at a location he requested not be disclosed.

Ramirez named Russia’s Rosneft (ROSN.MM) and China’s CNPC among the companies helping to keep PDVSA alive by operating joint oilfields or injecting cash to the state company by buying larger stakes in some ventures. CNPC and Rosneft did not respond to requests for comment. PDVSA and the Information Ministry, which handles media requests for Maduro’s government, did not respond to Reuters questions.

Luis Stefanelli, an opposition lawmaker and member of Congress’ energy commission, said the government and PDVSA have been using formulas originally proposed by the opposition to allow private partners to take more responsibilities in joint ventures, but in an illegal way.

«Under the Hydrocarbon Law, every agreement for PDVSA to cede exploration and production rights is illegal and unconstitutional. Maduro’s regime is insisting in the oil industry’s de-facto privatization, which is aggravating its collapse,» he said over Twitter.

A CNPC executive, who recently visited the company’s facilities in Venezuela, confirmed the efforts to transfer operation of some oilfields to minority partners but said it was a «futile proposal.»

«Even if Caracas passes the new law to allow minority investors to become operators, companies can hardly do their job in reality,» he said, added that lack of staff and widespread corruption were hobbling the industry.

Ramirez was the longest-serving minister in Chavez’s cabinet, supervising Venezuela’s oil industry for more than a decade, before clashing with Maduro.

Maduro accuses him and many other former executives of corruption. Ramirez said he and other PDVSA executives are victims of a political witch hunt.

Ramirez said oil companies that signed partnerships or contracts with PDVSA without authorization from the National Assembly could see them annulled by any future government.

Venezuela produced 1.01 million barrels per day (bpd) of crude from January through November 2019, according to data reported to OPEC. Industry sources estimated it was at least 20% less.

Oil exports, Venezuela’s main source of export revenue, fell 32% to an annual average of 956,000 barrels per day through November, according to Refinitiv Eikon.

Ramirez blamed the collapse on Maduro’s decision to place the military in charge of PDVSA.

After jailing two former PDVSA presidents on corruption charges, Maduro in 2017 appointed Manuel Quevedo, a major general from the National Guard with no experience in the energy sector, as PDVSA’s head and oil minister.

That year, Maduro and Quevedo promised to add 1 million bpd to Venezuela’s flagging output, but instead crude production and refining have slid to their lowest levels in almost 75 years.

Ramirez said some 30,000 employees have left PDVSA in recent years, amid an exodus of experienced workers also described by union leaders and former staff.

«It’s been a disaster,» Ramirez said. «The main processes in the industry – human resources, contracts, supply – are in the hands of military officials with no knowledge of oil.»