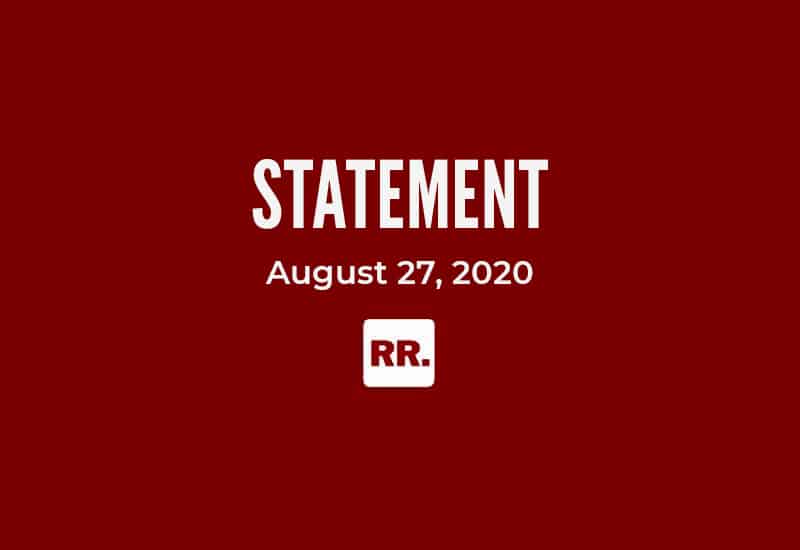 On August 26 of this year, the North American company “Harvest Natural Resources” (“Harvest”) announced that it was voluntarily withdrawing the lawsuit filed against me in the Southern District Court of Texas, Houston.

The withdrawal of this absurd civil lawsuit confirms that it was a reckless action, without evidence to support it, based on false assumptions and lies.  Harvest tried to ride the coat tails of the Venezuelan government’s smear campaign against me to obtain economic benefits by acting as extortionists – but they failed.

It is important to note that the tribunal rendered a disproportionate decision against me in 2018—at the time when it was impossible for me to exercise my defense because I had not been properly notified of the suit.  Harvest took advantage of the fact that I had left the United States on December 4, 2017 and was in political exile, unable to return to my country due to the threats and political persecution of the Venezuelan government, to advance its claims.

Harvest, an oil company that did business in Venezuela, took advantage of the political persecution against me to try to criminalize my work as Minister of Petroleum, even though my work was always done in compliance with the Constitution and the Organic Law of Hydrocarbons, with respect for the laws and the policies governing my country’s oil resources.  Something I have always done and will continue to do, since it safeguards the best interests of our people.

Aware of the judicial action of Harvest, my legal team notified the Court of our determination to exercise my right to a defense.  Once I was able to participate in the case, I answered the questions the plaintiffs submitted to the Court and provided the information and documents that both the Court and Harvest requested.  I have nothing to hide.

Harvest even hired research companies to locate my supposed “assets and fortune.”  They found nothing, because none of their accusations and lies were grounded in facts—it was all “fake news”.

Throughout the process, the record shows that Harvest acted in bad faith, hid valuable information and documentation in the process, raised lies and infamies against me, made false testimonies, knowing that their false accusations would be reported in the media and social networks to damage my name and reputation, also affecting my family.  Perhaps they thought that this enormous pressure against me would create the subjective conditions to achieve their extortionist objectives.  They were wrong. The Court determined on June 9, 2020 that there were sufficient reasons to reject and annul the Court’s previous decision against me, and to begin the process leading to a trial on the merits of Harvest’s baseless accusations, a decision that we welcomed, as it was going to give us the opportunity to unmask the false allegations of Harvest. Harvest withdrew the lawsuit unilaterally, before reaching a trial, knowing that they would lose on the merits.  Harvest’s decision to withdraw the lawsuit did not involve any concessions or settlement on my part, despite all kinds of extortionist maneuvers. There could be no agreement, because it was a question of false facts.

Harvest’s withdrawal of the lawsuit makes it clear that they had no basis whatsoever for their allegations, they were completely unfounded, they did not achieve anything to support their lies and absurd claims.  The withdrawal does not make up for the enormous damage they have caused me and my family, without publicly apologizing.  The withdrawal of the Harvest lawsuit vindicates me, although I will not waive my right to see justice done. It will be a lesson for all those who believe that they will be able to obtain economic or political advantages by joining forces with the campaign of lies and hatred promulgated by the Venezuelan government and extremist sectors of the country against me, who continue in their quest to make me disappear from the political scene by any means possible.  It is what the government wants, but that is not going to happen.

As long as the principle of presumption of innocence is respected, the judicial system operates efficiently and fairly, and I am given an opportunity to defend myself and make my arguments, my accusers and persecutors will be unmasked before justice and in the eyes of public opinion.

Venezuela is going through the worst crisis in its history as a republic, there are no institutions or guarantees of any kind.  The judiciary is being used as an instrument to exercise political persecution, and the government continues to persecute me in an effort to bury me alive or kill me in any one of its centers for political detainees. But nothing they do, nothing they try, will make me desist from my manifest purpose of contributing to the reestablishment of the constitutional thread in my country, the rule of law, nor will all their power and immense resources make me forego my ideals, or retreat from our work at the service of the Venezuelan State, in defense of the most sacred interests of the homeland and the Venezuelan people.  In the end, truth will prevail over infamy. I want to thank the unwavering support and trust of my family and friends during these difficult times.  I also want to thank my defense team, who have acted professionally.  I want to thank everyone who has always believed in my innocence, I will never let you down.